The 15 Most Surreal Destinations on Earth

The 15 Most Surreal Destinations on Earth 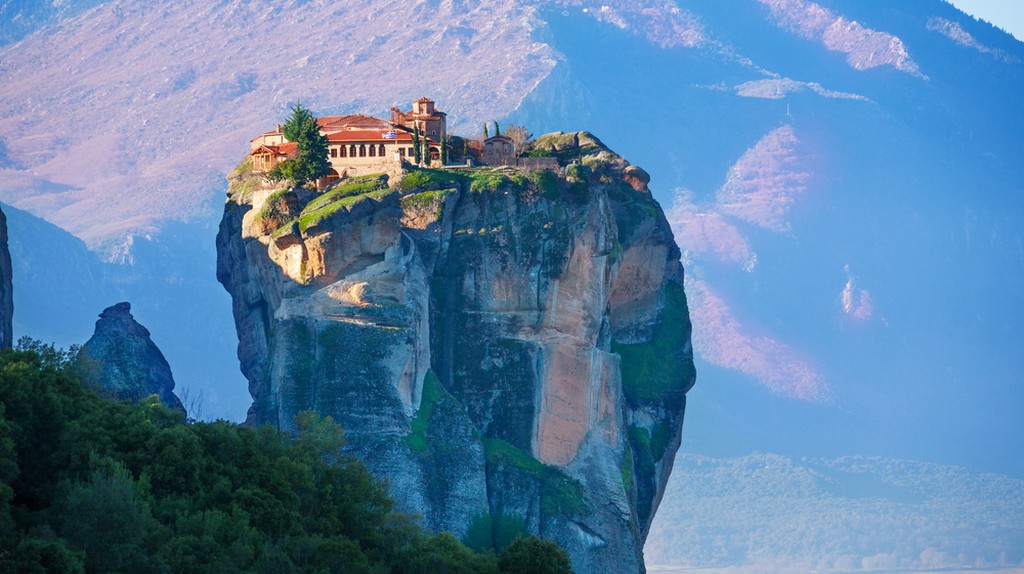 CULTURE TRIPUPDATED: 19 NOVEMBER 2018Save to WishlistFrom locations reminiscent of fairytale settings to those where nature exudes its own magic, the following destinations will inspire, stun and leave you yearning to explore.Sign Up. Get More. Do More.Read the Culture Trip newsletter. Because you want to see what's out there.Sign upFor more information on how we use your data, see our privacy policy. Unsubscribe in one click. To see what our newsletters include, click here.

Waterfalls, waterfalls, waterfalls. Iceland has been on nature lovers’ radars for some time, becoming a popular bucket-list destination. But outside of the Blue Lagoon and picturesque setting of Reykjavík, there’s some serious beauty to take in. Seljalandsfoss, Háifoss and Gullfoss are, simply put, stunning waterfalls to admire and photograph, and you’ll find it hard to believe they’re real. 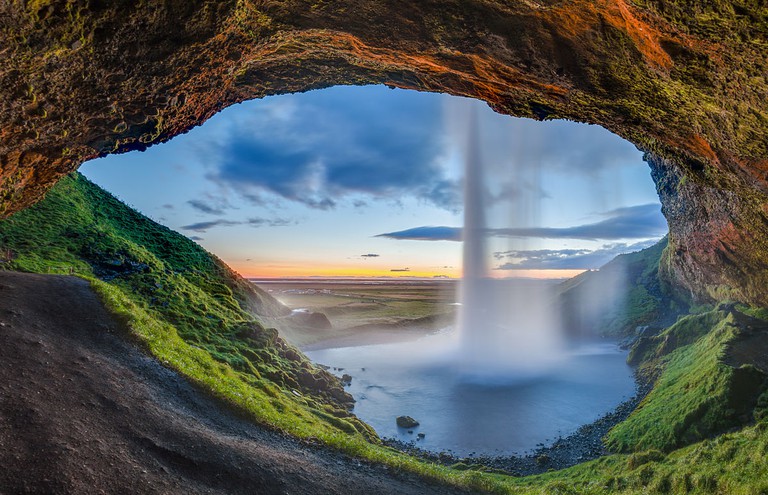 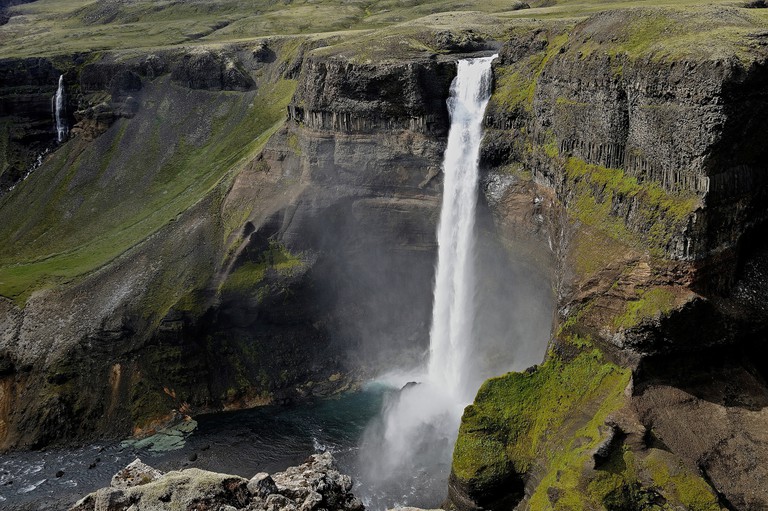 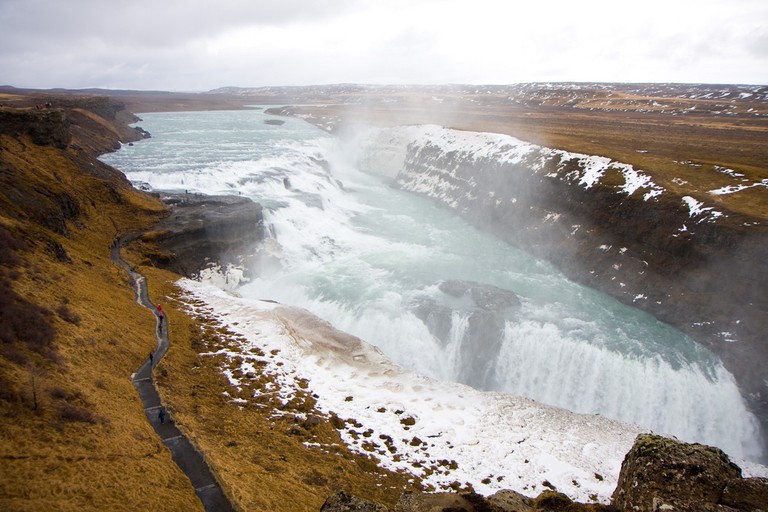 While an increasingly popular place to visit, with 1.4 million people flocking to the castle each year, Neuschwanstein has been open to the public since 1886. It was commissioned and paid for by King Ludwig II of Bavaria out of his own pocket to become one of his main personal retreats. Situated in a beautiful setting, this incredible palace is a destination for anyone in search of a fairytale come to life. 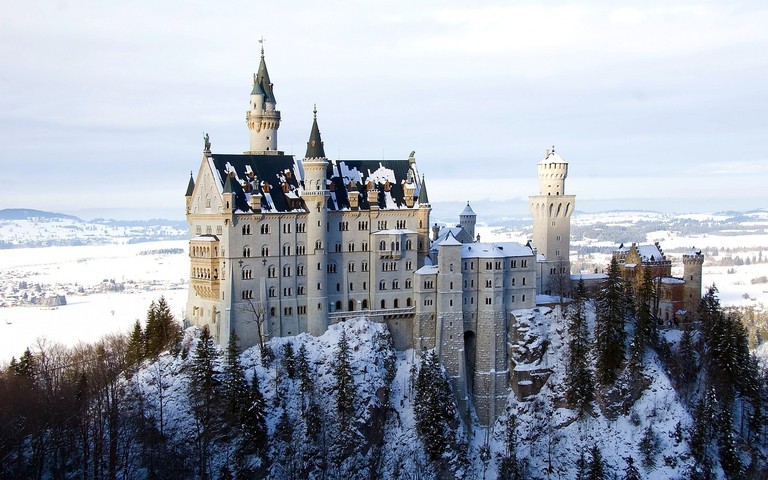 Home to the Faroe Islands’ only airport, Vágar is one of 18 islands comprising this Atlantic archipelago. With a population of just over 3,000, Vágar is as peaceful as it breathtaking. Despite its size, the island has 41 mountains, four lakes and three waterfalls, making it a great place to explore. 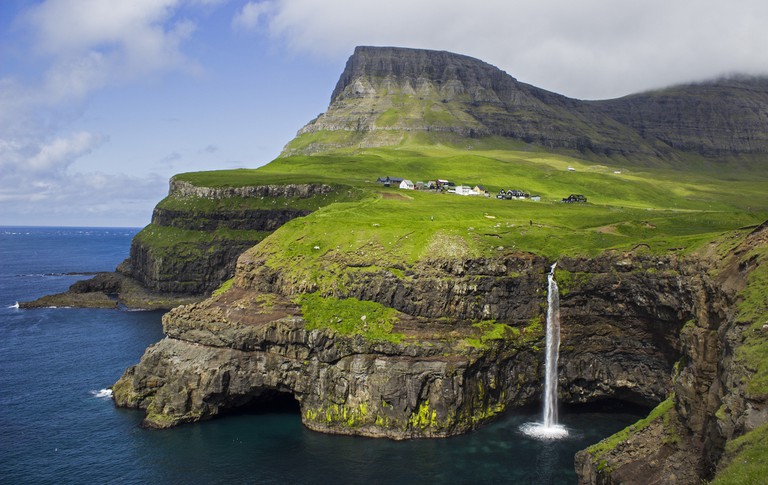 Located in Central Anatolia, Cappadocia is Turkey’s picture-perfect destination laden with ‘fairy chimney’ rock formations to mesmerize any visitor. The region has incredible historical significance, with the Göreme Open Air Museum showcasing 30 rock-carved churches and chapels, some with frescoes dating back to the ninth century. Cappadocia has also become famous for offering hot air balloon rides to see the area from a rather special vantage point. 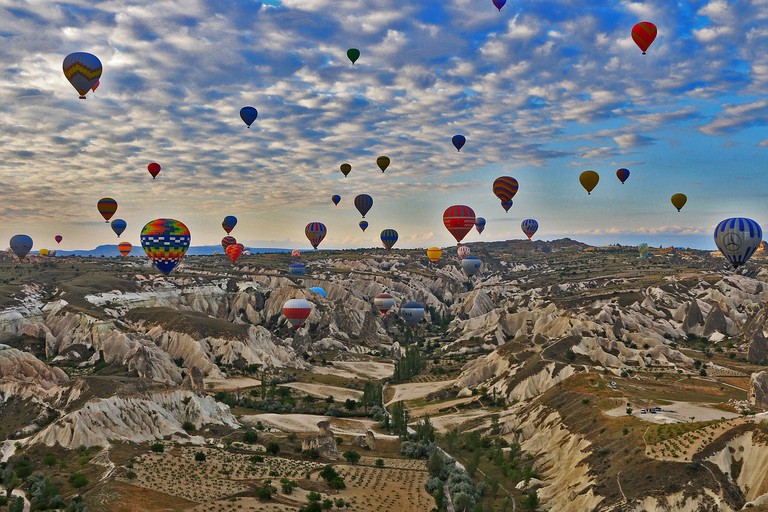 Everyone’s favorite bluebell forest comes alive each year for a few weeks in the spring, although the dates vary depending on the weather. Normally, visitors can expect to see the forest at its most vibrant in the latter two weeks of April, when locals abound with tripods to capture the purple-flower carpet in all its glory. What’s more, it’s only a 30-minute drive from Brussels to Hallerbos, so a pretty convenient magical destination at that. 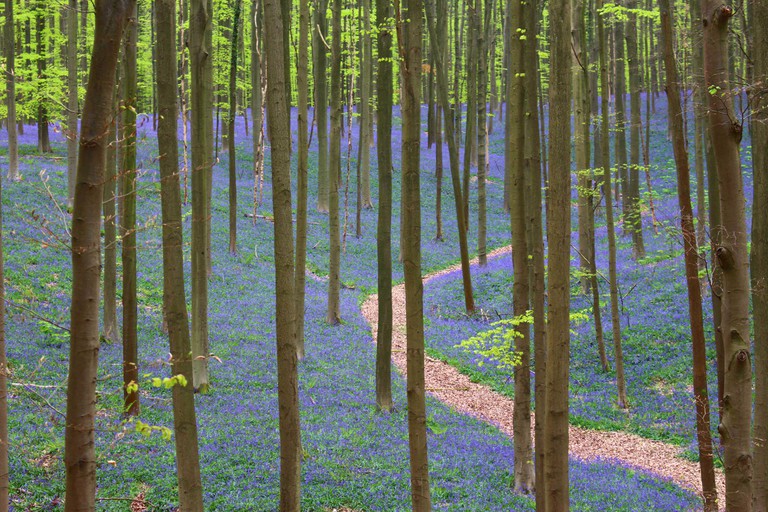 Russia’s very own Magic Kingdom, you’d nearly expect to be greeted by Cinderella upon entering St Basil’s Cathedral in Moscow’s Red Square. Probably the city’s number-one tourist hotspot, and for good reason; it’s still hard to believe that this exceptionally beautiful building has been standing since the mid-16th century. St Basil’s is unlike any other building in Russia and is certainly one to marvel at. 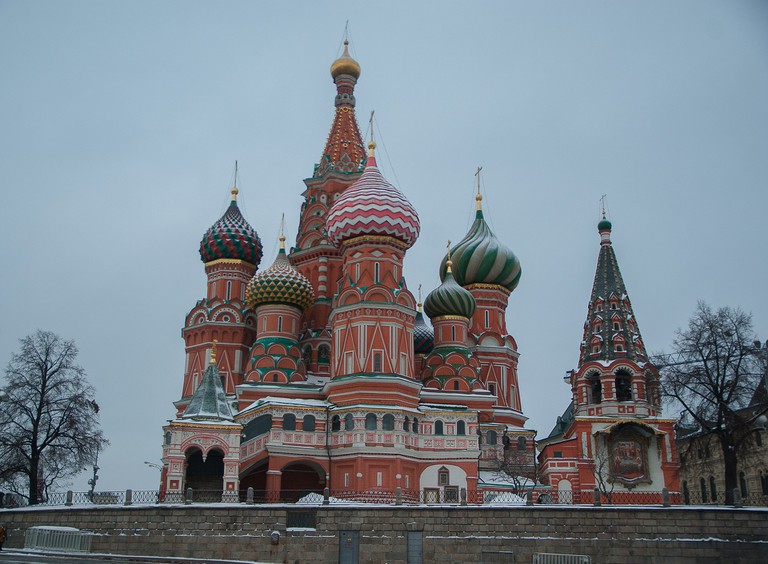 Host to a vast complex of monasteries set on, and within, ancient rock formations, Meteora is undoubtedly one of Greece’s most spectacular destinations. Originally settled between the 14th and 19th centuries, 24 monasteries formed part of this Eastern Orthodox religious site, of which six remain today. Meteora is second only to Mount Athos as Greece’s most significant religious site. 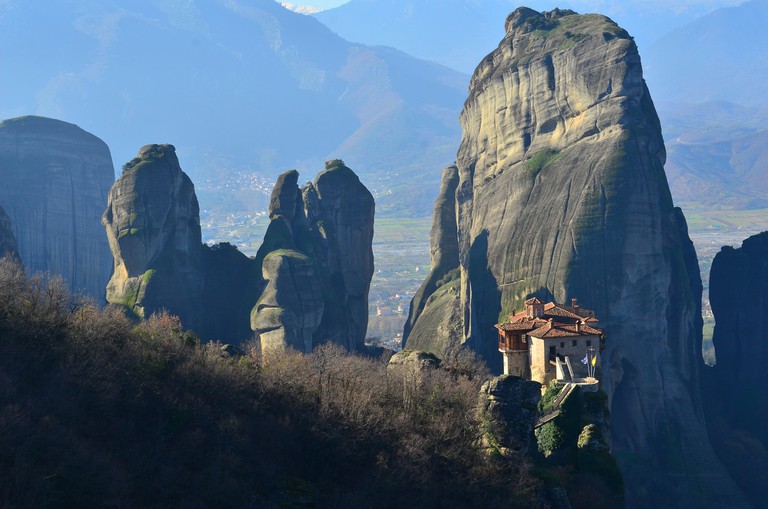 The largest hot spring in the USA and the third largest in the world, Grand Prismatic Spring is quite something. Appearing from afar as a gigantic sliced crystal, this geothermal spring is situated in Yellowstone National Park, Wyoming. The vibrant colors are a result of pigmented archaea in the biofilm of the spring’s mineral-rich water. 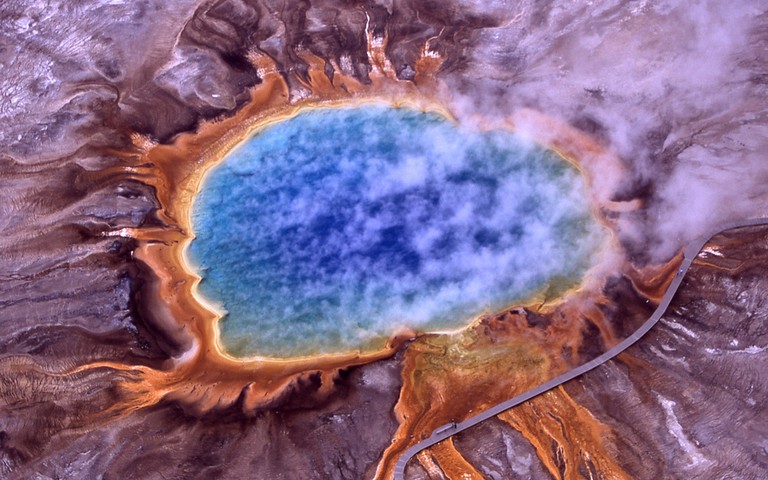 Northern Arizona plays host to this wondrous rock formation, which provides lucky photographers and hikers with the perfect subject to explore, should they be able to. In addition to being difficult to reach (a three-mile hike one way from the nearest trailhead), only 20 permits per day are granted to prospective visitors. Ten of these permits are offered through an online lottery four months in advance of the date a person hopes to visit. The other 10 are offered through another lottery the day before a person’s intended visit at the nearby Grand Staircase-Escalante National Monument Visitor Center in Kanab, Utah. It’s basically a once-in-a-lifetime destination. 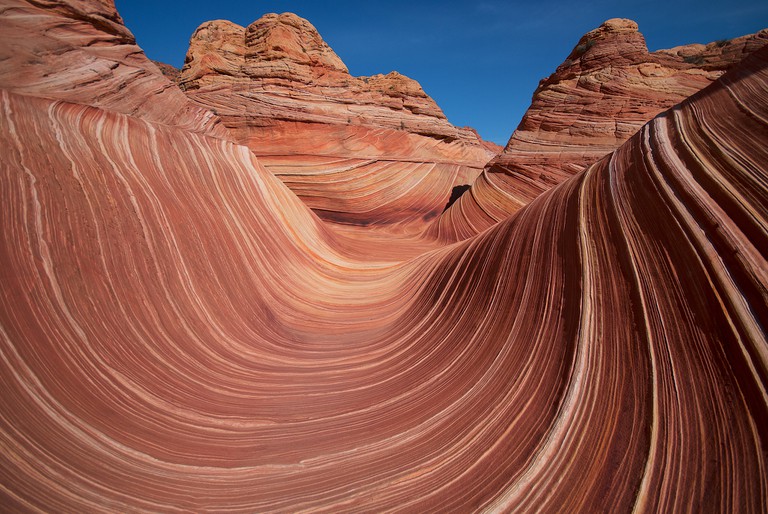 Only around 50 miles (80 kilometres) from The Wave, Antelope Canyon is a slot canyon located in Northern Arizona on Navajo land. Popular with experienced photographers, Antelope includes two separate slot canyon sections. Access to the area is granted only through organized tours authorized by the Navajo Nation, but it’s well worth spending the money to join one. 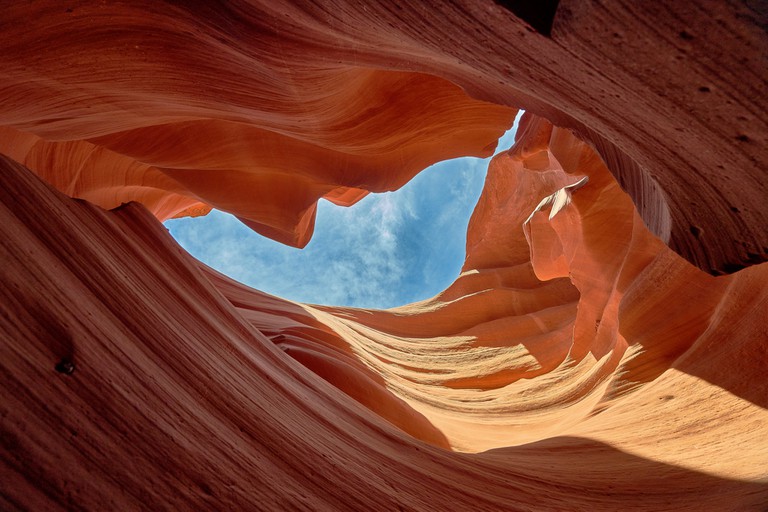 Paro Taktsang, also known as Taktsang Palphug Monastery and Tiger’s Nest Monastery, is a Buddhist temple that sits on the side of a cliff in the Paro Valley of Bhutan. Originally constructed in the late 17th century, the monastery was all but destroyed in a 1998 fire. Its restoration, funded by the Bhutanese government, was completed in 2005. Situated in a remote location, visitors must walk two to three hours from the nearest parking lot to reach the site. 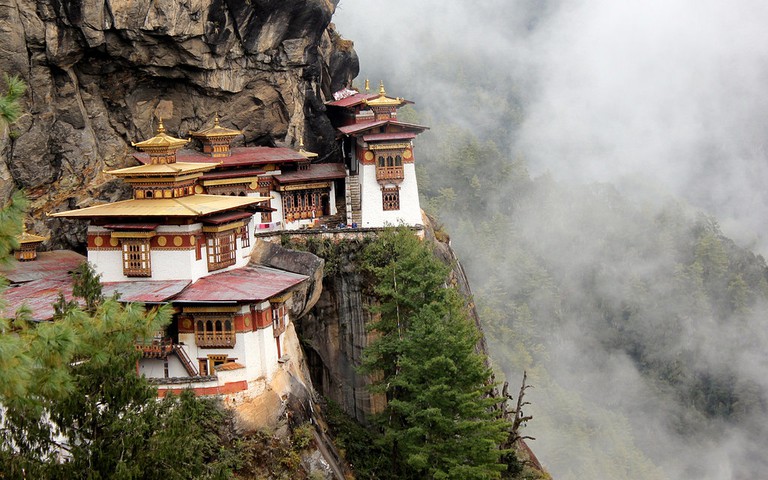 If your first thought is Avatar (2009), we’re right there with you. Zhangjiajieis the first official national park in China after gaining recognition in the 1980s. Famous for its pillar-like rock formations and abundant flora, the park has featured in many ancient Chinese paintings. It is located within Northern Hunan Province in the Wulingyuan Scenic Area. The rock formations were actually used as inspiration for the mountain setting in Avatar, which led to the Southern Sky Column, one of the park’s main pillars, being renamed Avatar Hallelujah Mountain in 2010. 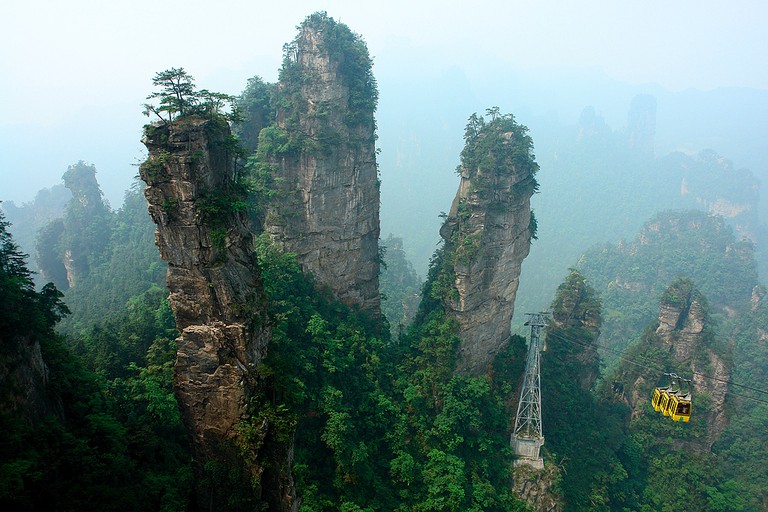 The Leshan Giant Buddha statue is an incredible feat of human construction, located near Leshan in the south of Sichuan Province. Commissioned in 713, it took 90 years and thousands of workers to complete the project, making it the largest stone-carved Buddha in the world at the time – a record it still holds today. Fragile and intricate, the statue is the subject of constant maintenance work under the supervision of UNESCO experts. Interestingly, there are over 1,000 buns in the Buddha’s hair. You need to see it to believe it. 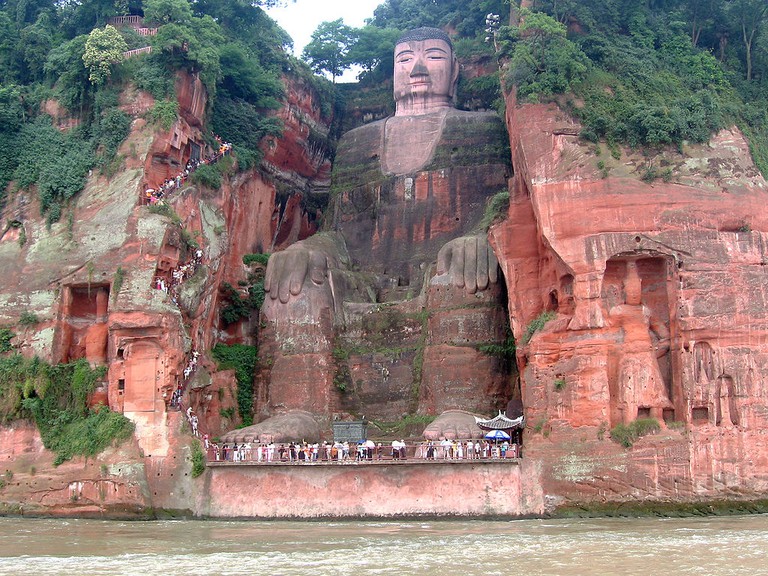 General Carrera Lake, also known as Lake Buenos Aires, is home to a series of dramatic geological formations. The Marble Caves, comprising the Marble Cathedral and Marble Chapel, are located in the centre of this glacial lake, situated in Patagonia on the Chile-Argentina border. The Marble Caves are only accessible by boat, for obvious reasons, and a local tour company operates a 30-minute tour for visitors. The result of waves washing up against calcium carbonate for more than 6,000 years, the reflective blue swirls on the cavern walls make this a sight to behold. 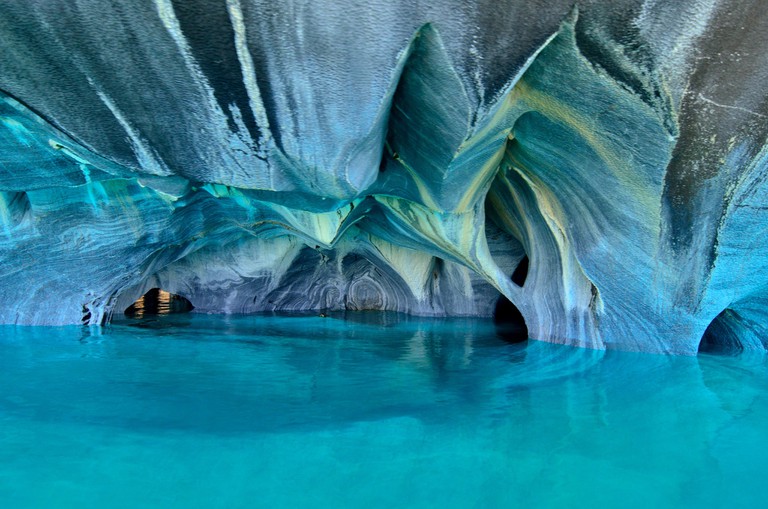 The Door to Hell, the ominous but widely known name of the Darvaza Crater, is a crater that formed when a natural gas field collapsed into an underground cave in 1971. It was set on fire to prevent the spread of methane from a cavity the size of an American football field. A relatively popular tourist destination in Turkmenistan, the crater is located near Darvaza village in the Karakum Desert. It was actually expected to burn out within a few weeks of being set on fire but continues to breathe fire to this day.