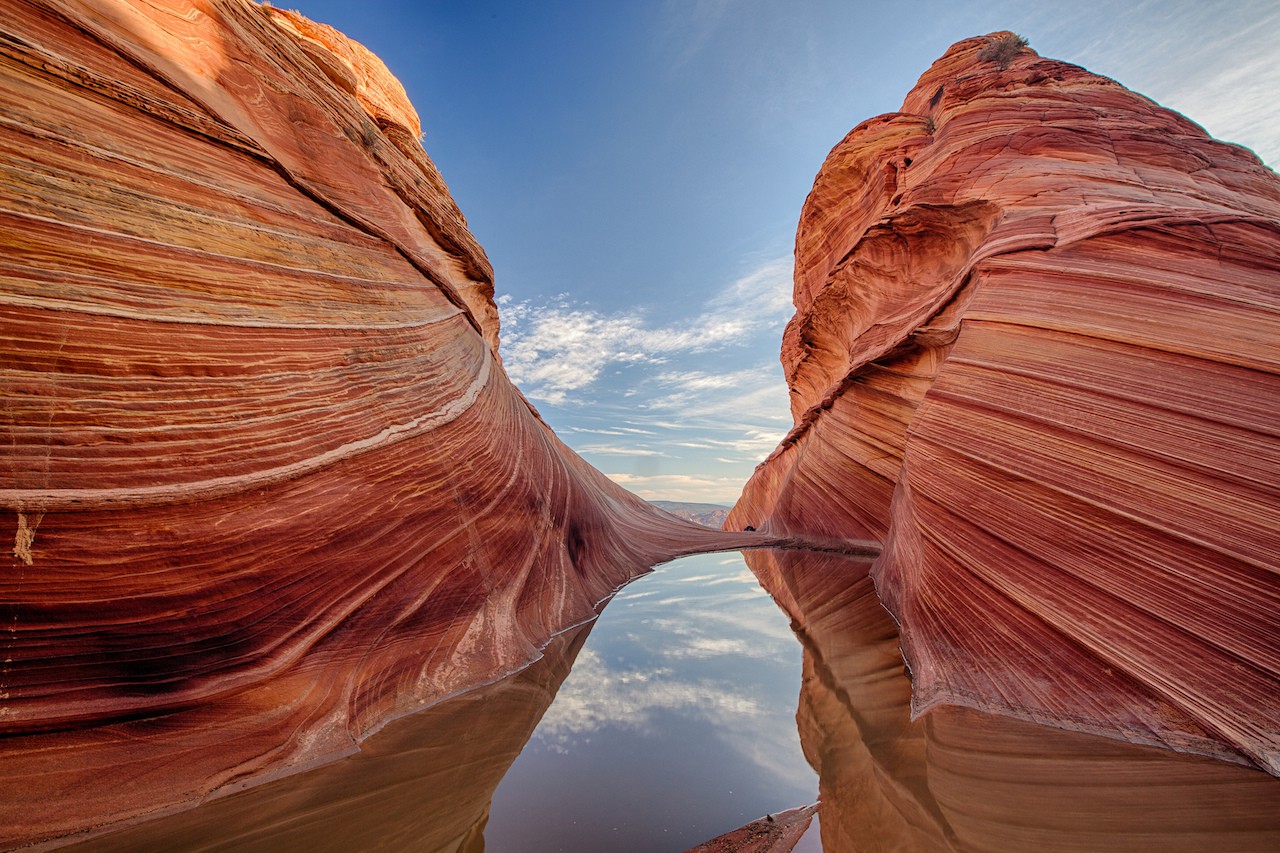 ALEXIA WULFFUPDATED: 9 FEBRUARY 2017Mother Nature has always had a knack for astonishing us. Whether it’s the majestic mountains towering high above the clouds, vast forests painted green with moss, or underground caves studded with Earth’s crystals, the most grandiose expressions of wild beauty and awe are those created by our own planet. Surreal, mind-boggling, unreal, here are America‘s wildest sights.Sign Up. Get More. Do More.Read the Culture Trip newsletter. Because you want to see what's out there.Sign upFor more information on how we use your data, see our privacy policy. Unsubscribe in one click. To see what our newsletters include, click here.

The Wave is well known to esteemed hikers and photographers. Situated in the Coyote Buttes of the Colorado Plateau, this rock formation – although fragile and visited frequently – is open for exploring along its rolling ‘waves’ of colorful sandstone. 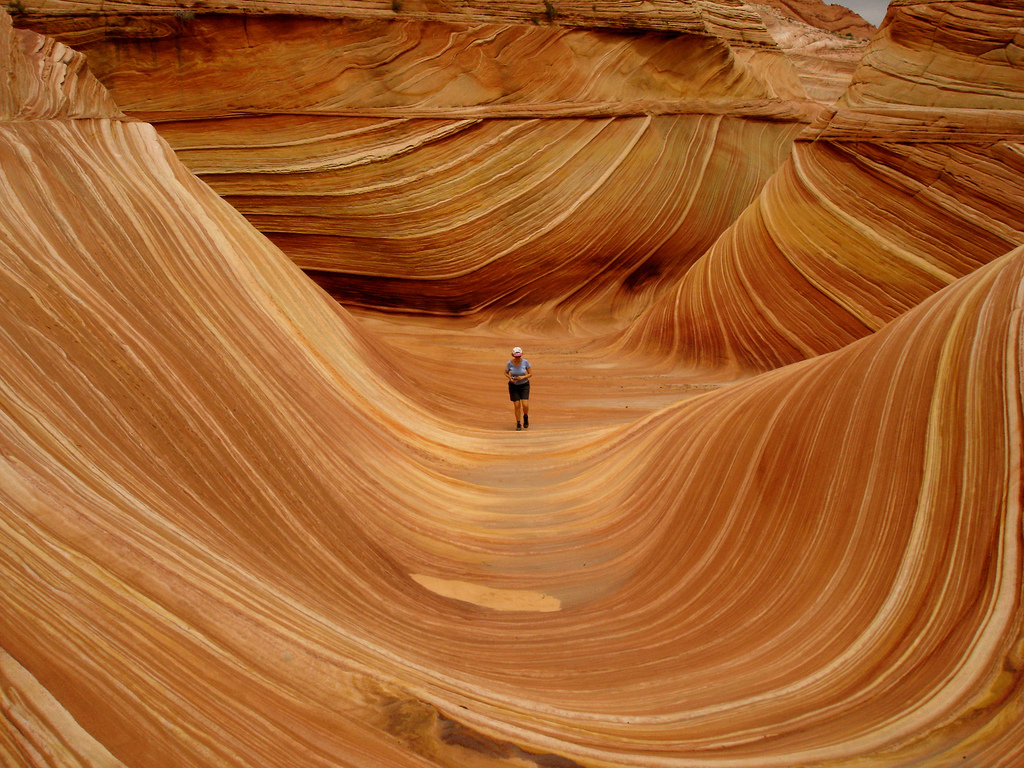 Formed by glacial melt, the Mendenhall Glacier Ice Cave is only reachable by kayak, after which visitors must ice climb to reach the entrance to the partially hollowed-out glacier. Once inside, find shimmering blue walls: an otherworldly vision, but a testament to our rapidly changing climate. 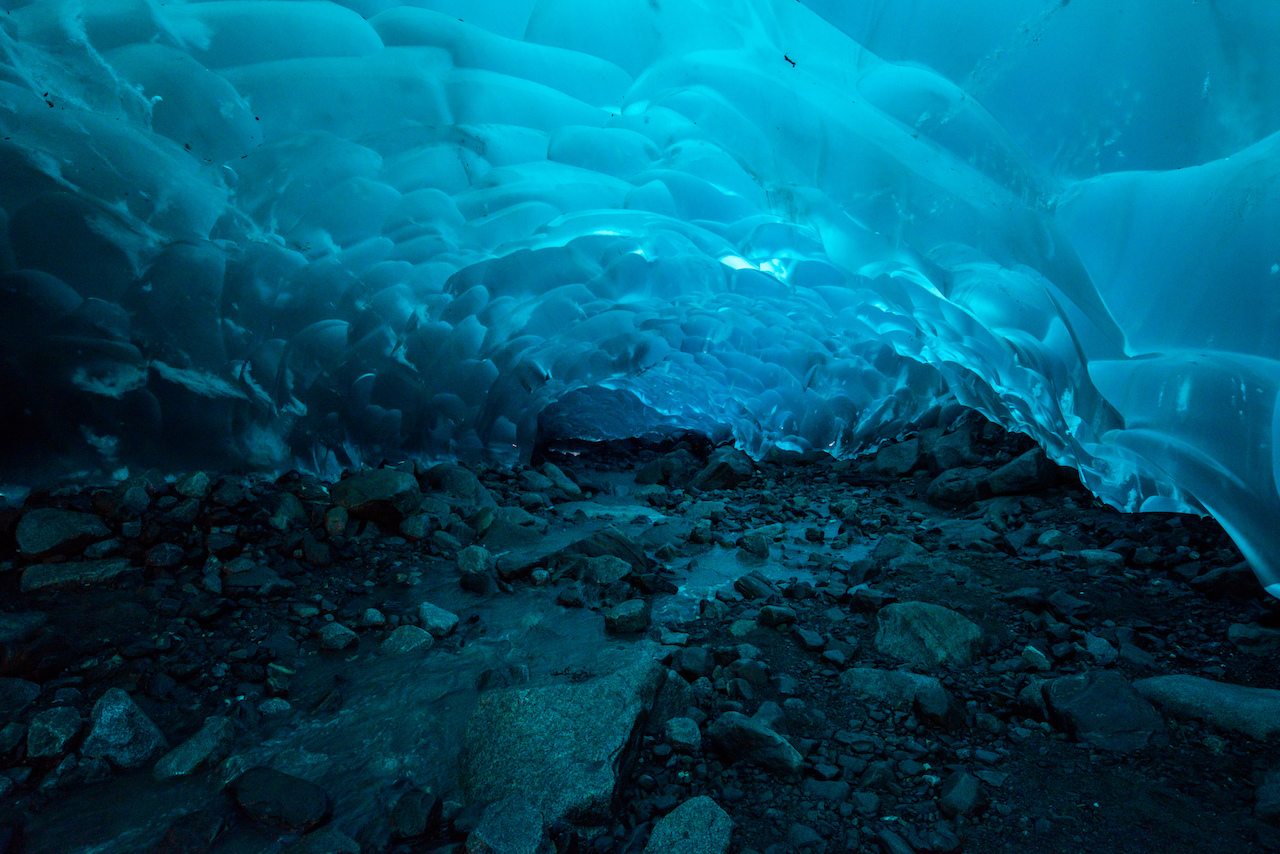 The sandstone walls of Antelope Canyon have been formed by thousands of years of erosion – most of which is caused by flash flooding. As rainwater rushes down the basin, it picks up sand and debris, entering the various passageways and carving the flowing shapes of its walls visible today. 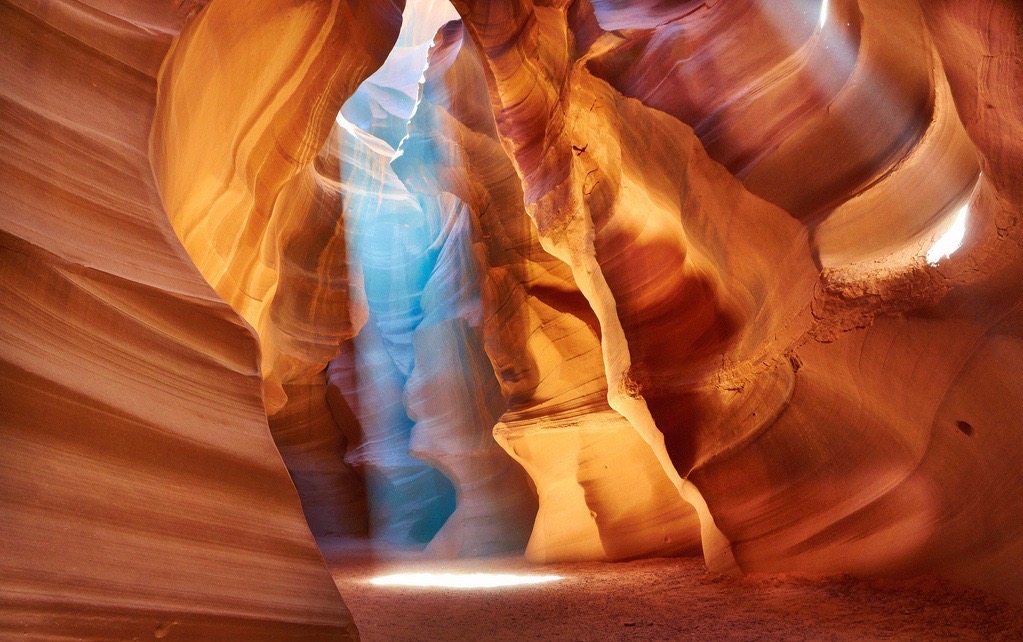 The Bonneville Salt Flats were once covered by water, known as Lake Bonneville. Although the flats still flood occasionally, the area is marked by miles of white salt and strangely flat terrain known for its reflections of the cloud-studded skies above. 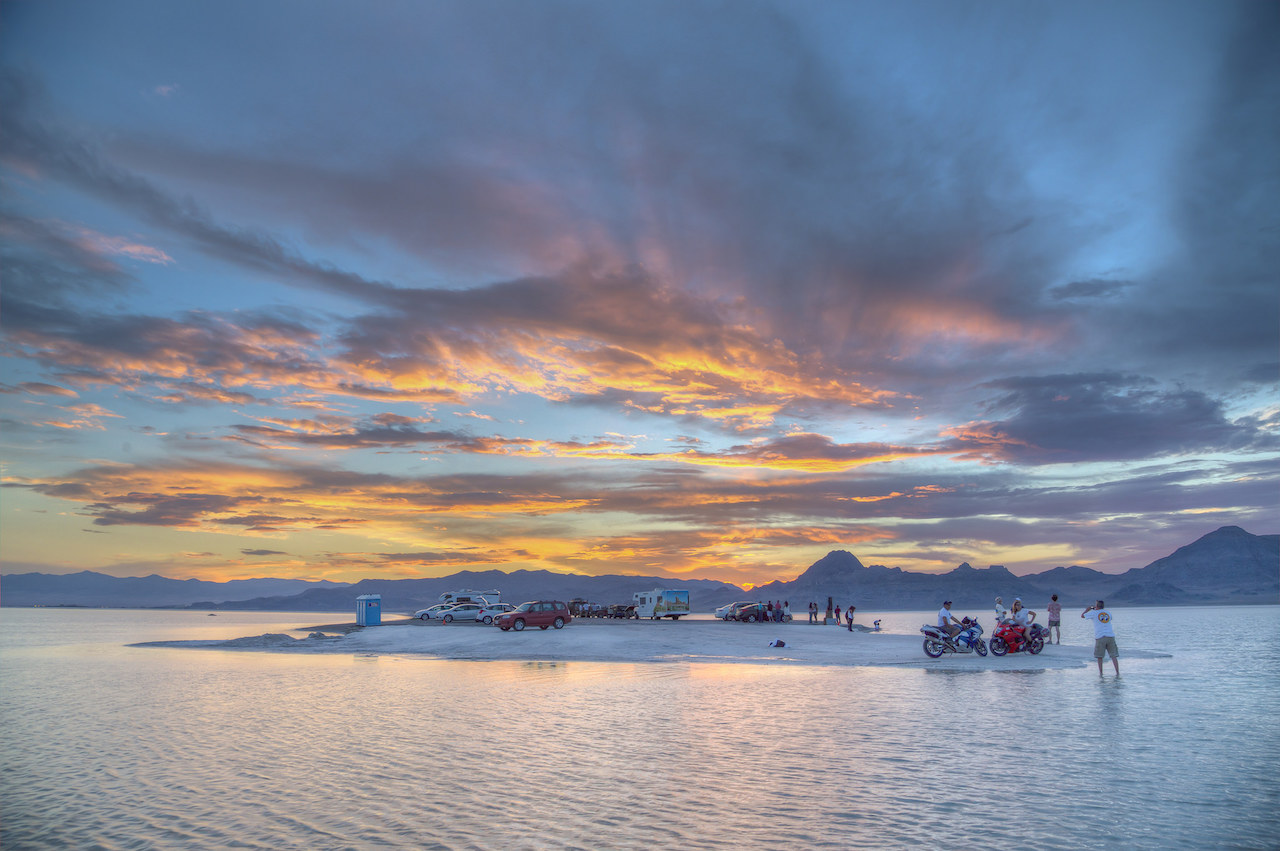 The Grand Prismatic Spring is the largest hot spring in the US and the third largest in the world. But it isn’t the hot spring’s size that is remarkable – it’s the myriad of colors it exhibits. 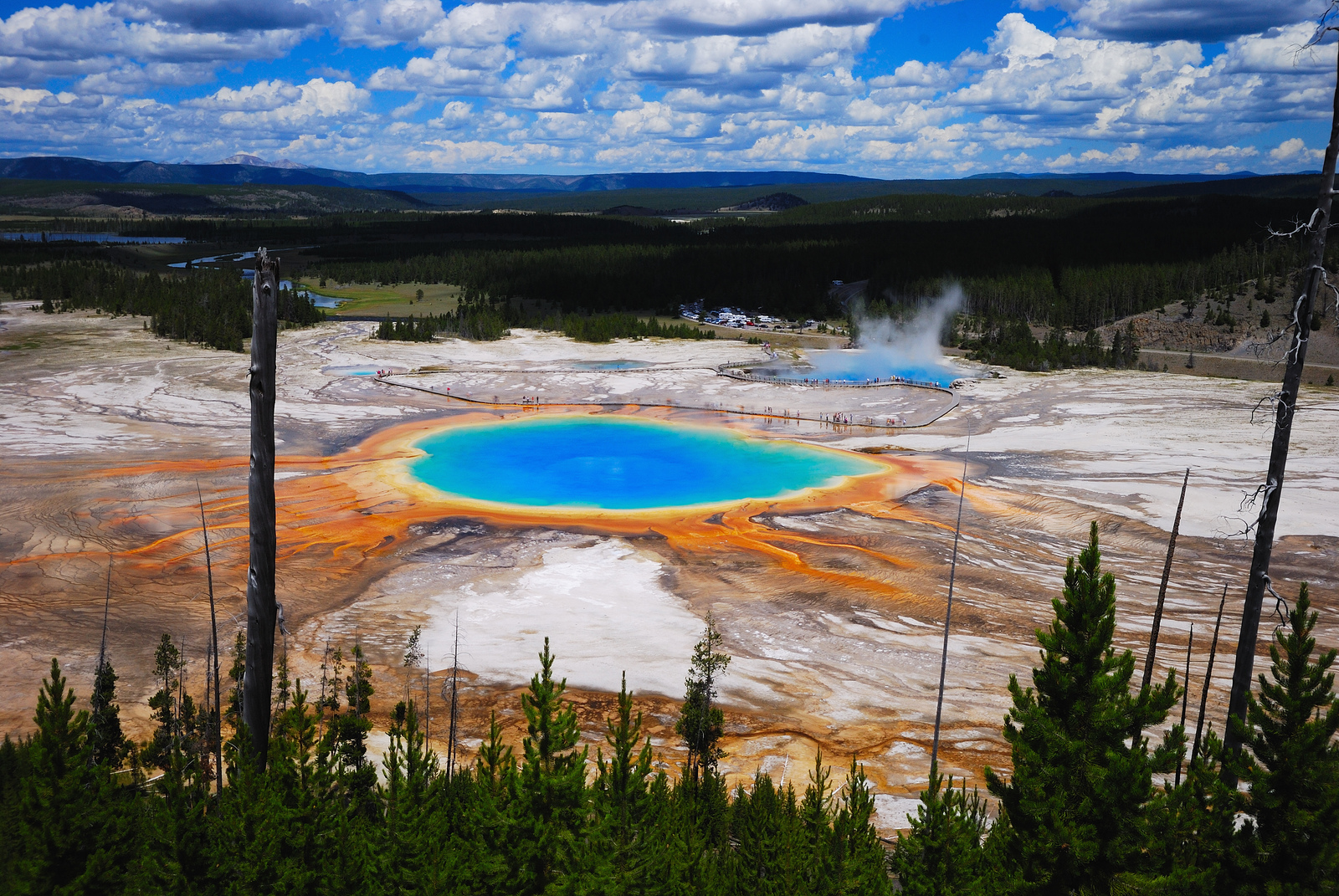 Carved into the Texan landscape just 23 miles outside of Austin is the Hamilton Pool Preserve – a natural pool created by a collapsed underground river thousands of years ago. Swim, sunbathe or bask in its natural charm. 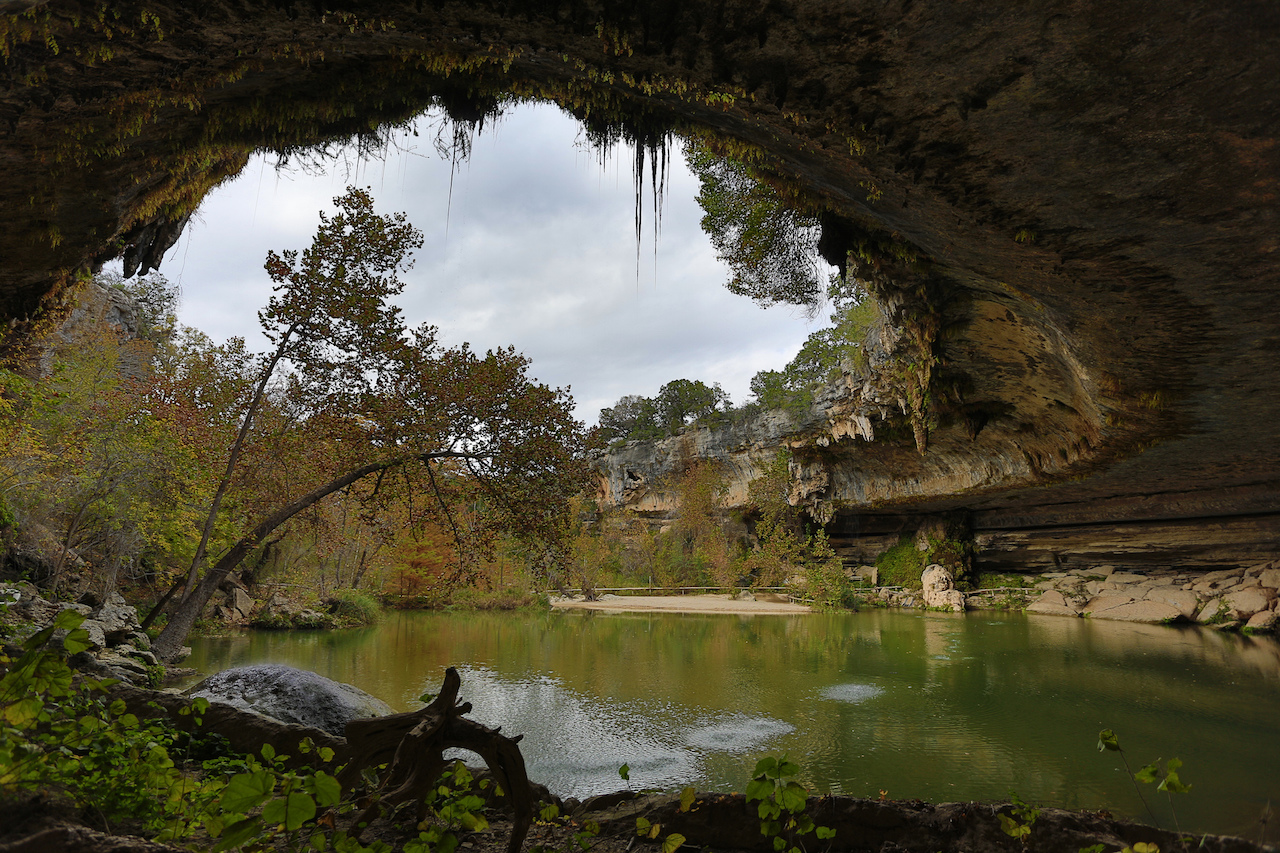 The banyan tree was planted in Lahaina after receiving it as a gift from missionaries in India. The tree has grown to a whopping 60 feet since it was planted in 1873 (at just eight feet) – the largest tree of its kind in the US. It has 16 major trunks aside from the main trunk, and its canopy spreads over half an acre. 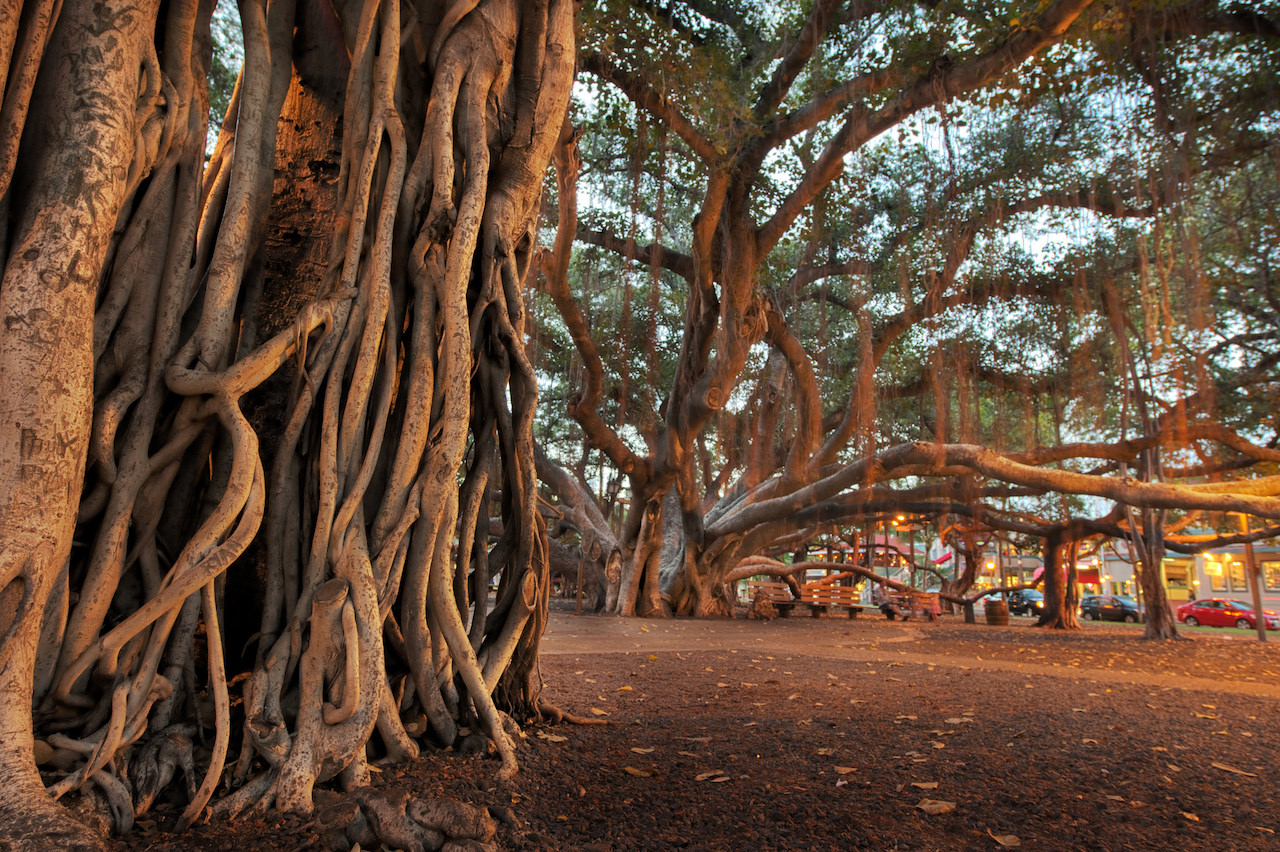 Within Canyonlands National Park, find a dramatic desert landscape carved by the Colorado River. The remote canyons of the Maze, the least accessible district of the park, is strikingly beautiful, wild, and largely untamed, characterized by miles of winding walls.

California‘s Mojave Desert, stretching across 47,000 square miles of arid lands, is the driest desert in North America. Kelso Dunes, the largest area of eolian sand deposits in the Mojave, is ideal for sandboarding, off-roading, or photo-opping. 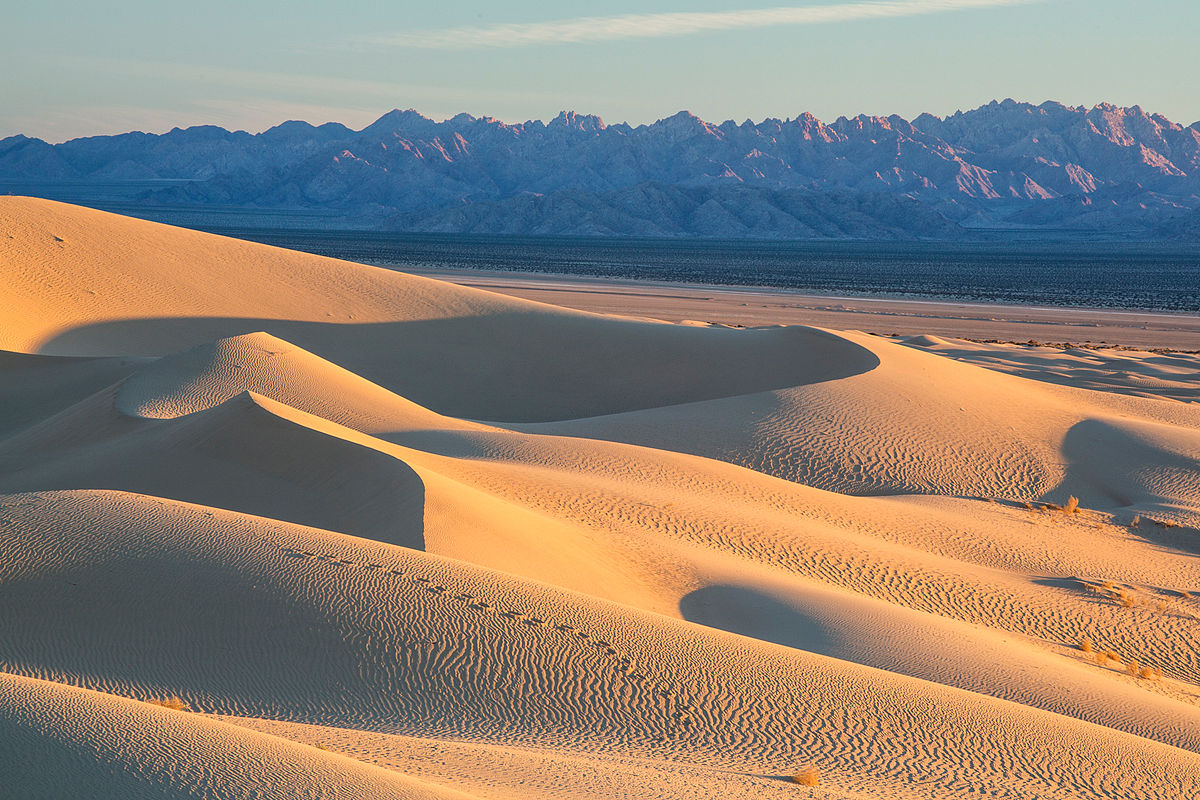 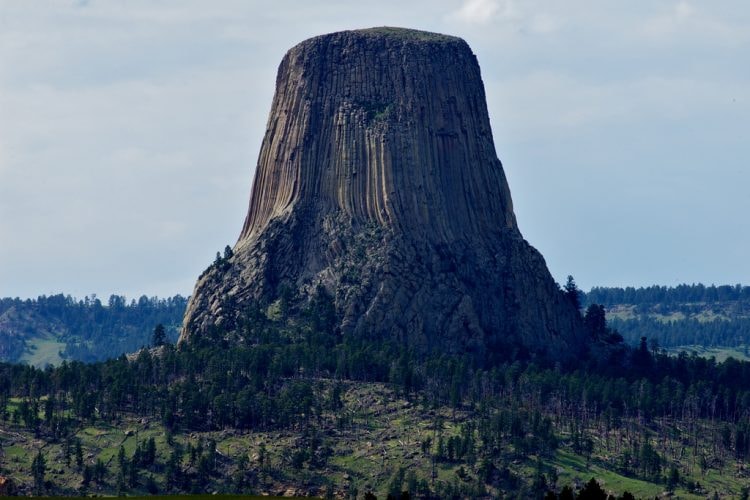 Devils Tower, a solitary rock formation rising 1,267 feet into the air, is America’s first national monument. The igneous stump-shaped rock is climbable, but many Native American tribes – like the Lakota – hold this structure as sacred, with ancient legends aplenty surrounding the tower. 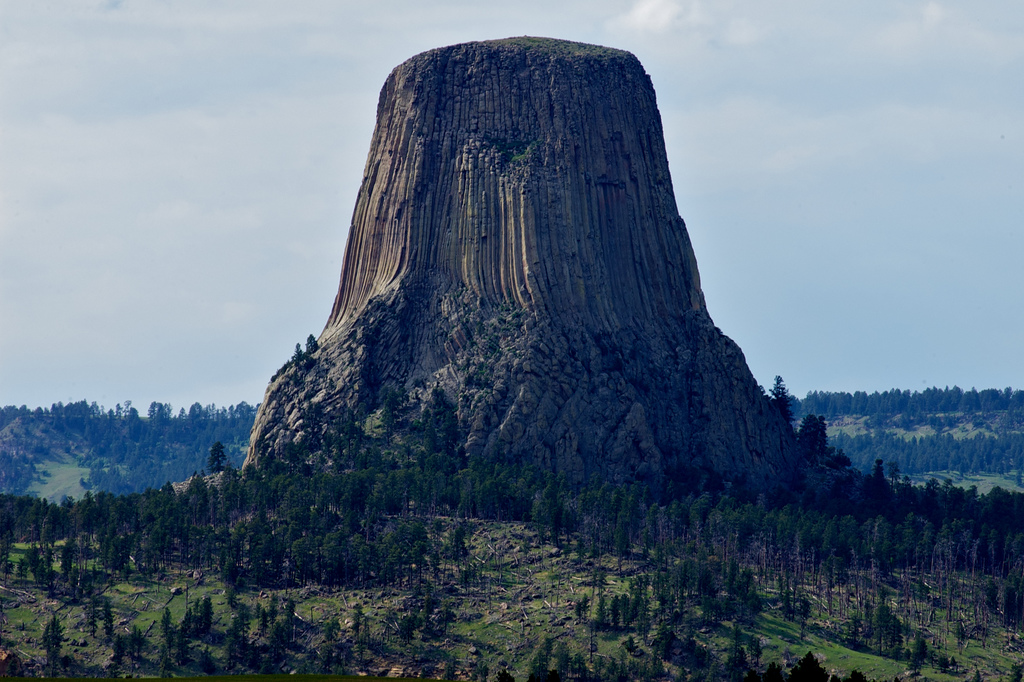 Deep within the Carlsbad Caverns National Park are over 100 underground caves, stalactites magically clinging to the roof. Inside these caverns find the chromatic limestone walls and underground chambers that make the Chihuahuan Desert so special. 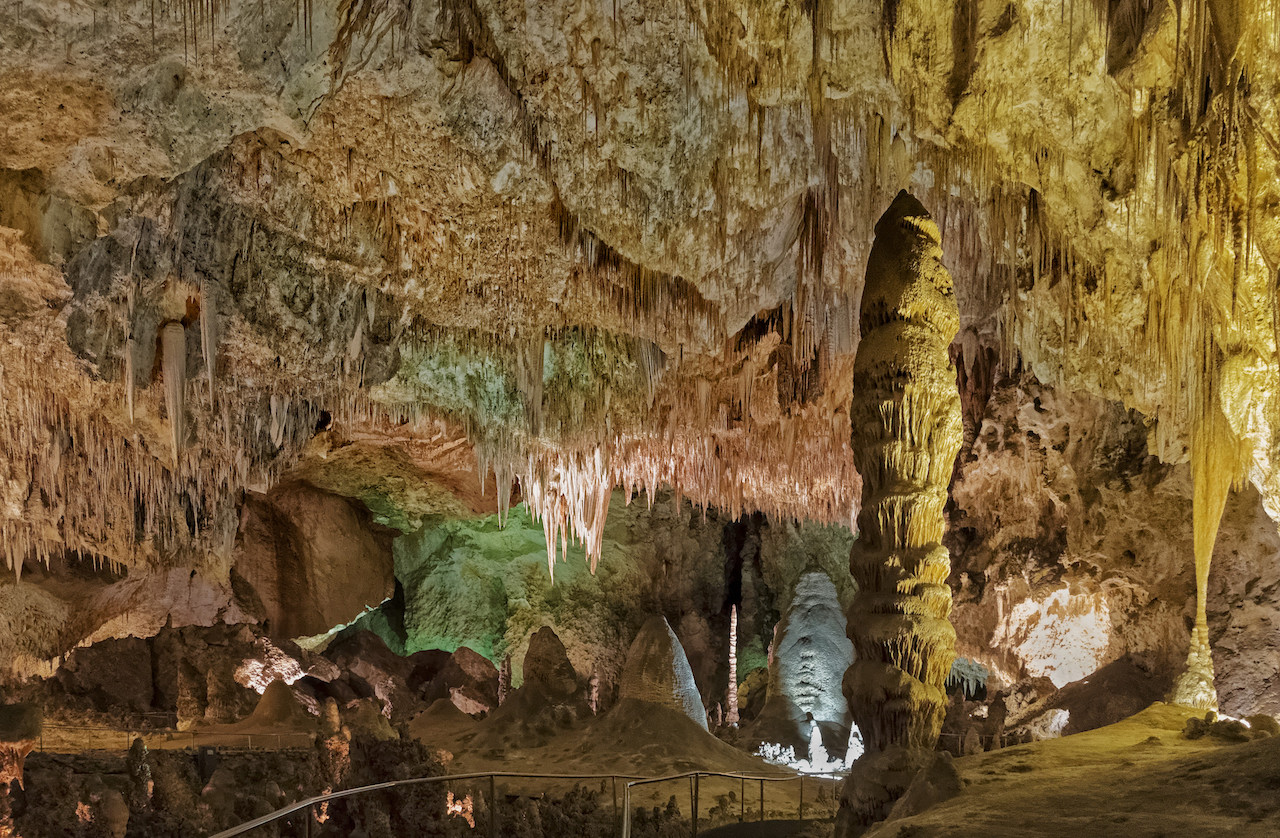 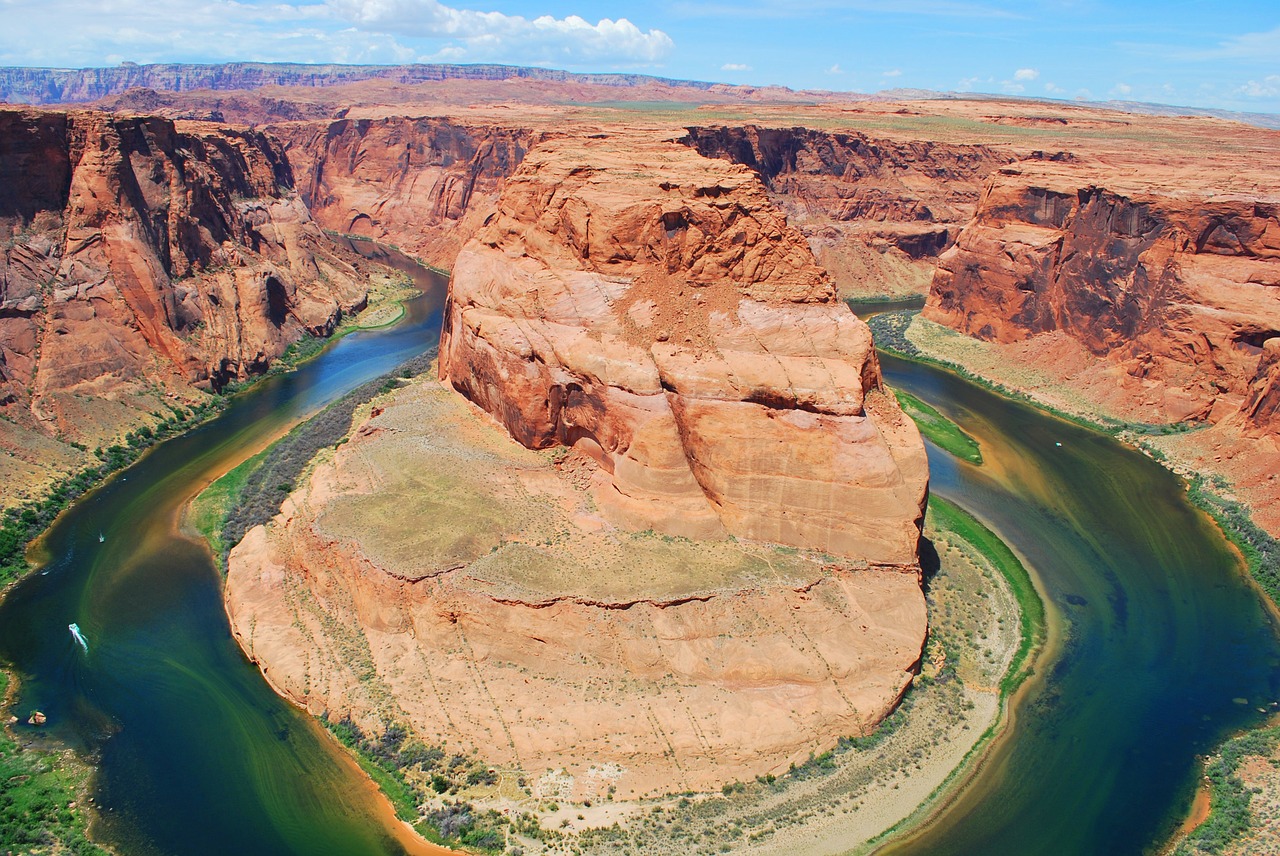 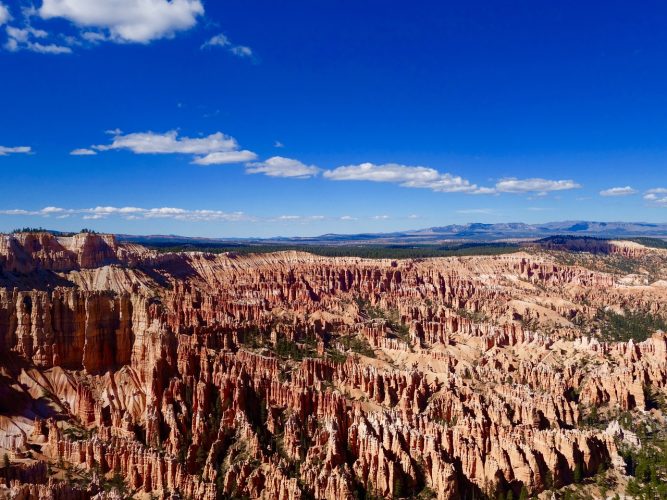 Thousands of orange- and red-colored spire-shaped rock formations, known as hoodoos, fill the amphitheater at Bryce National Canyon. Take the park’s main road for sprawling views of the formations, best seen at sunrise and sunset. 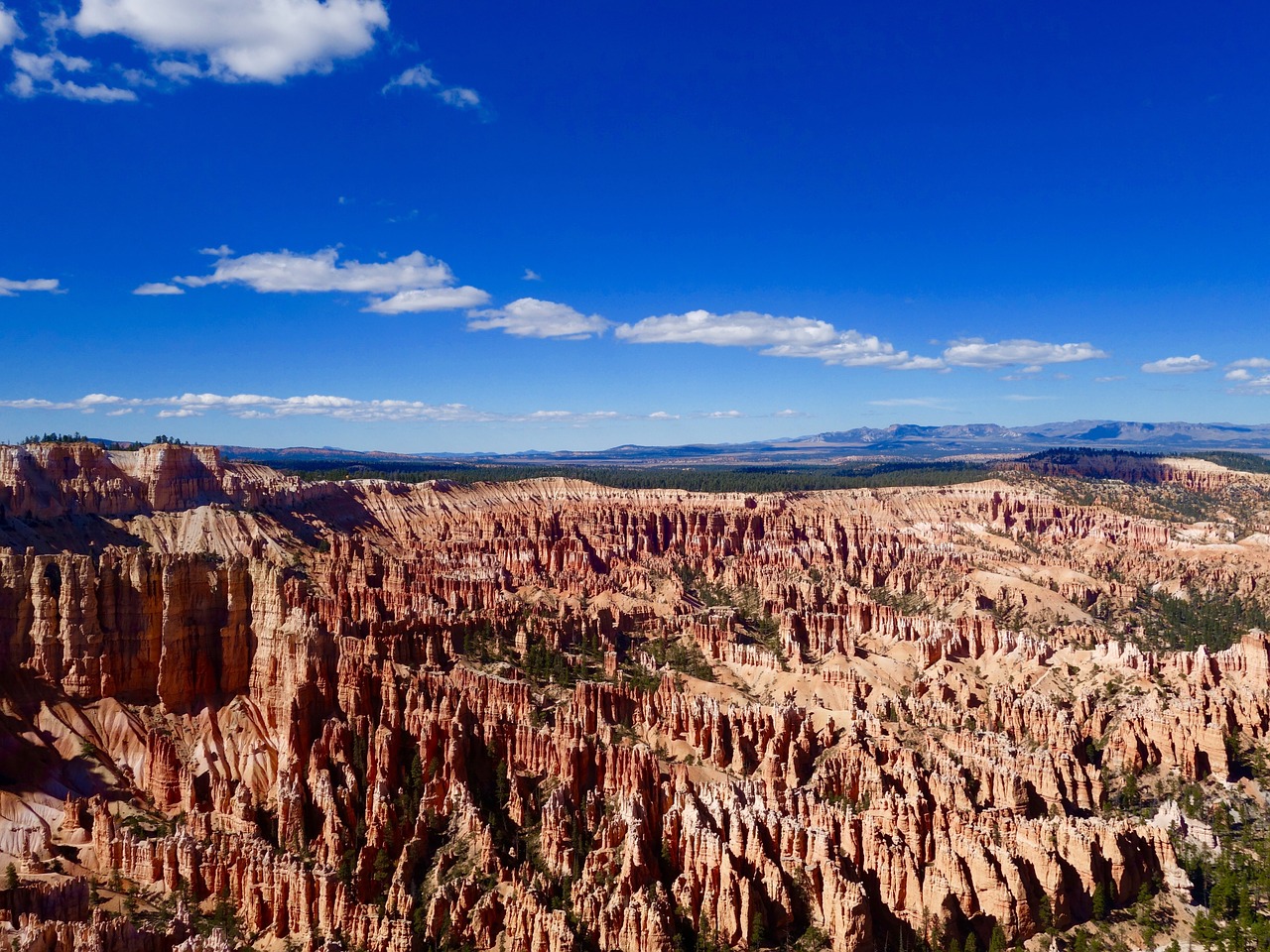 Upon entering Sequoia National Park, visitors drive through the Tunnel Tree, a toppled tree carved out to allow passage. The General Sherman Tree, the park’s most famous of the bunch, is the largest tree in the world. Another four of the ten largest trees in the world also grow in the Giant Forest. 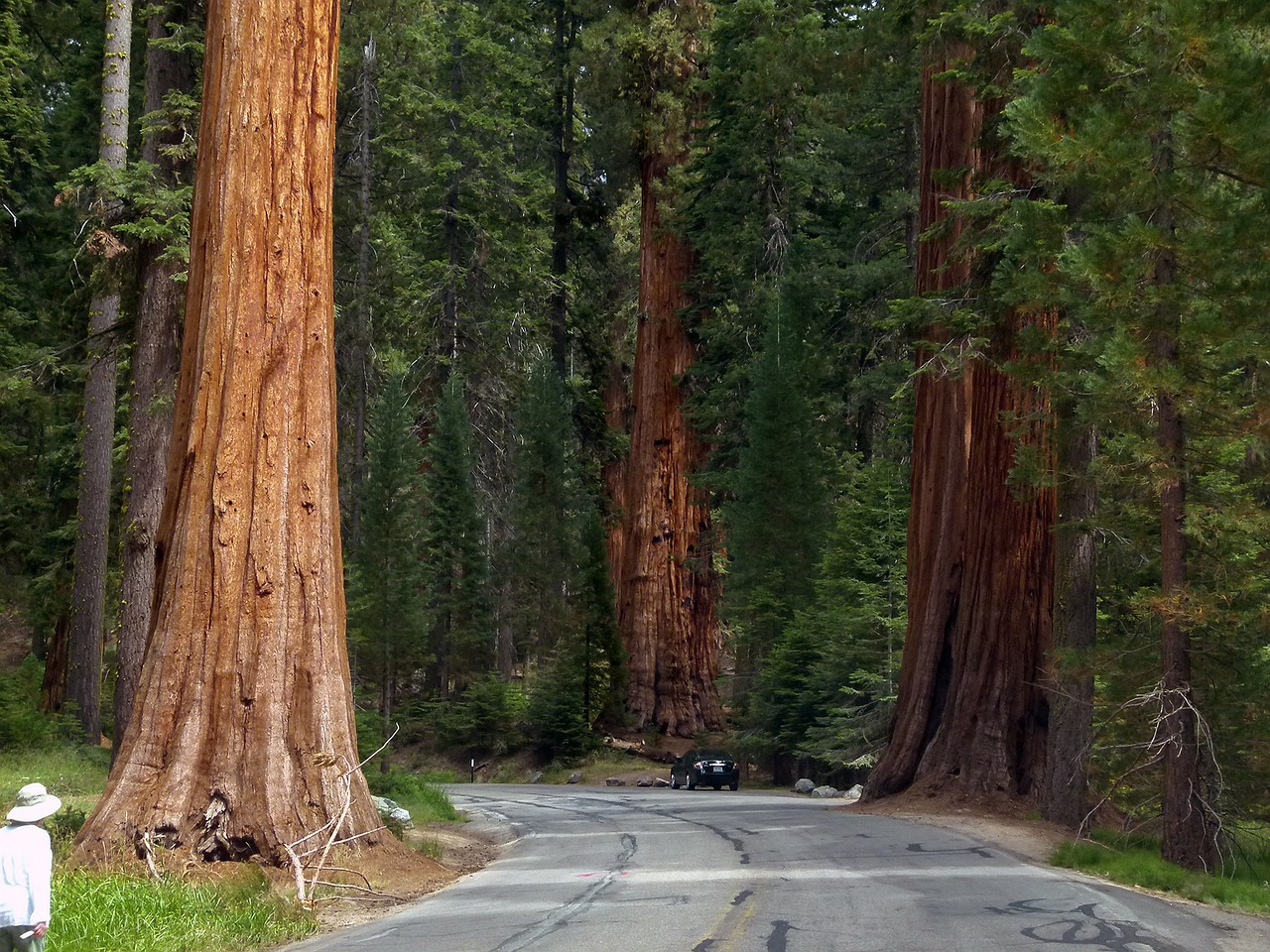 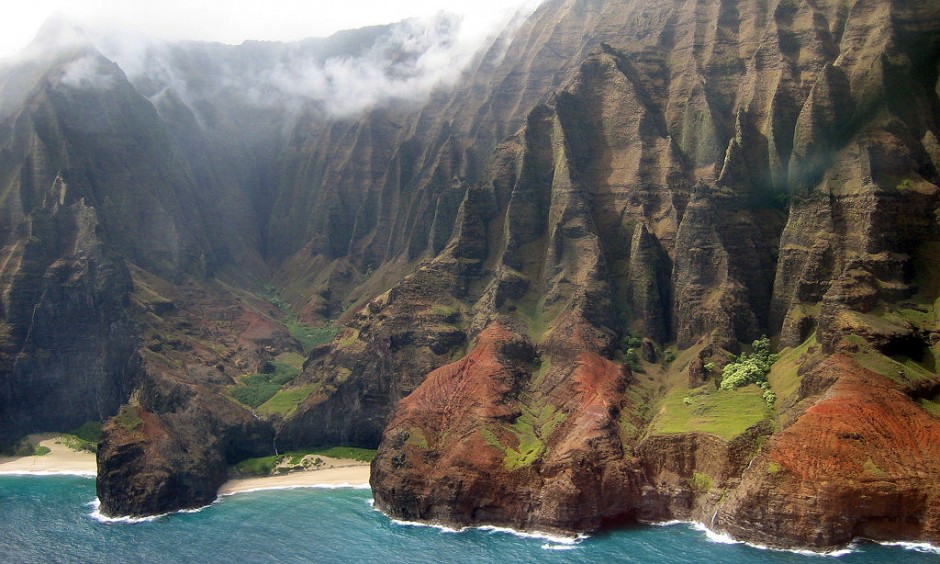 This state park covers over 6,000 acres and is the oldest inhabited Hawaiian island. But the rugged coastline – strikingly beautiful – resembles cliffs of a Jurassic age more than that of a tropical destination. 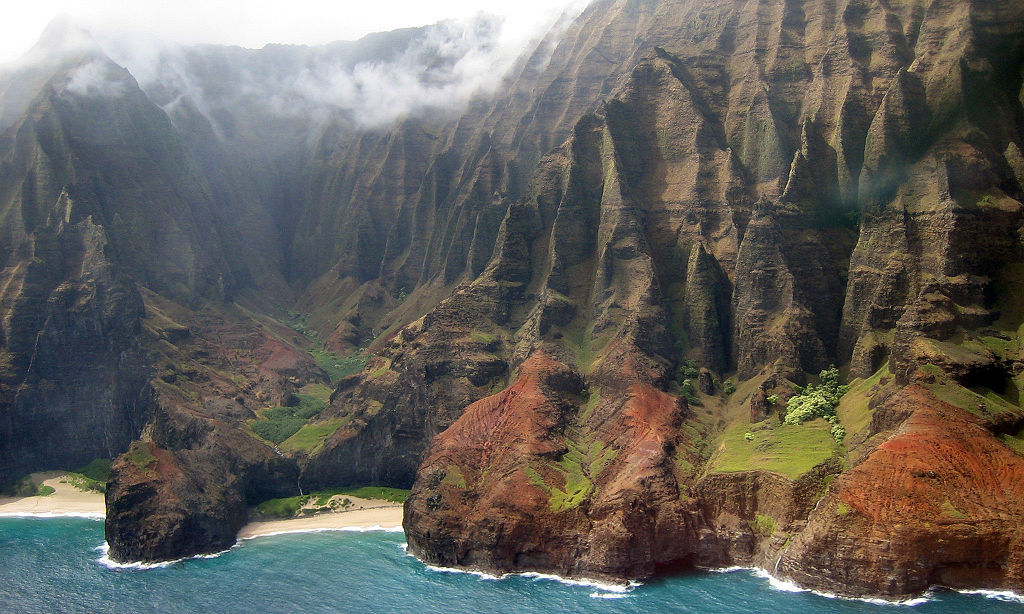